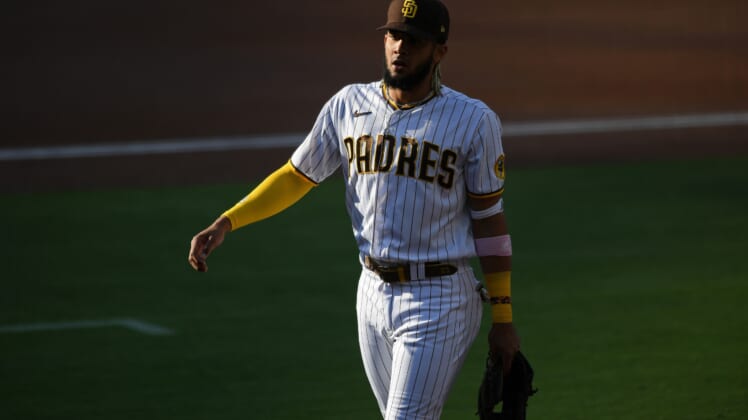 It did not take Tatis Jr. too long to get his Padres back in the game with Los Angeles up 4-0 in the bottom of the fifth.

Check out this absolute bomb the youngster hit off Dodgers starter Ross Stripling to cut the lead in half. It has to be seen to be believed.

As you can see, left fielder Chris Taylor did not even move an inch. That ball was screaming off the bat, going a distance of 418 feet with an exit velocity of 112 miles-per-hour.

For good measure, Tatis stood there in awe while putting up potentially the best bat flip of the young season. Talk about doing it in style.

San Diego entered Thursday’s game with a surprising 7-5 record. It is just one game behind the Dodgers in the National League East. During a truncated 60-game season, these divisional games are huge. That’s what makes his homer even bigger outside of the highlight-reel video we just witnessed.