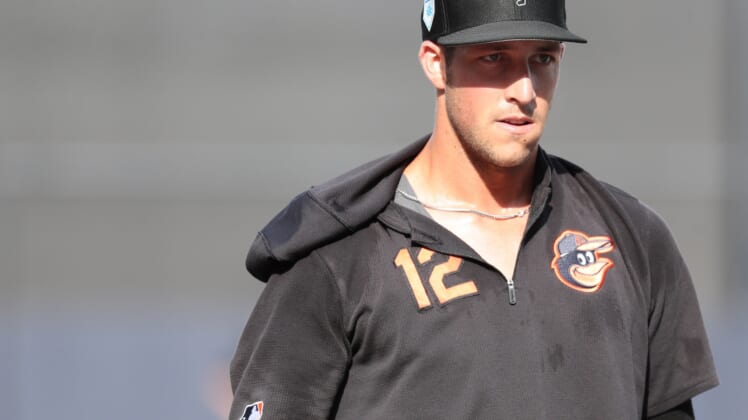 The Baltimore Orioles had absolutely nothing to play for as they wrapped up another disastrous season Sunday against the Boston Red Sox at Fenway Park.

Just don’t tell that to right fielder Stevie Wilkerson. He put everything on the line to keep it a tie game later in the affair. Check out Wilkerson making pretty much the greatest home run robbery you will ever see.

Jackie Bradley Jr. thought he had his 22nd homer of the season. Wilkerson had other ideas. The end result being one of the most extraordinary catches we will ever see on a baseball diamond.

Sure the Red Sox ended up walking off in the bottom of the ninth. But they still have to tip their cap at Wilkerson. Just absurd stuff.