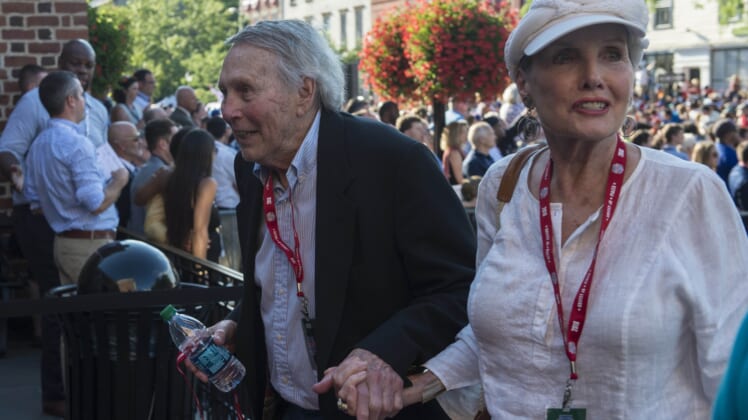 Adam Jones and Manager Buck Showalter gave an intro wishing the 18-time All-Star health and happiness followed by the tune.

“You mean more to this franchise than you know,” explained Jones.

Robinson spent his entire 23-year career with the Orioles after making his major league debut at the age of 18. In addition to All-Star honors, he earned a Most Valuable Player Award, 16 consecutive Gold Gloves, and was inducted into the Baseball Hall of Fame in 1983. His jersey No. 5 was retired with the Orioles in 1977.