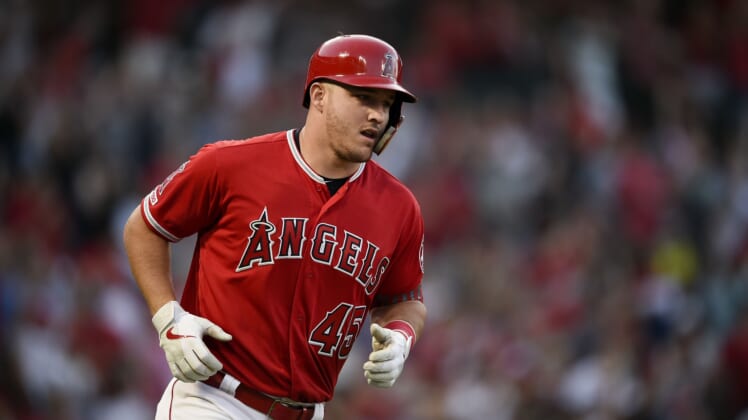 Despite their status as a non-contending team heading down the stretch, the Los Angeles Angels boast the American League MVP.

It’s pure science at this point. His name is Mike Trout and he continues to do things we have not seen in the modern history of the game.

We’re honestly at a loss for words here. The ball traveled 437 feet with an exit velocity of 110 mph. Did we mention Trout hit it at one of the most pitcher-friendly parks in baseball?

Even prior to that at-bat, the numbers we’ve seen from Trout thus far this season are just absurd.

It’s just a matter of time before Trout earns the Triple Crown. He’s the best player in baseball. It’s not even close at this point.

Here’s to hoping the Angels actually find a way to build a contender around Trout before it’s too late. The entire baseball world needs to see him playing meaningful games in October.