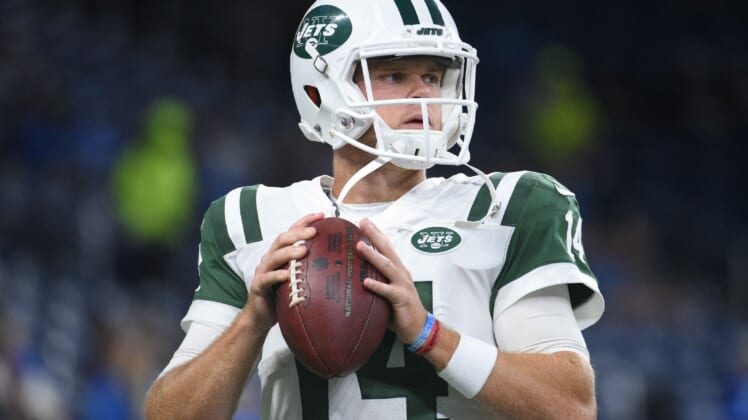 Sam Darnold is having a brutal game on national television against the New England Patriots on Monday Night Football, and he’s losing the mental game, too.

The New York Jets quarterback, after throwing his second interception in 10 attempts, admitted to “seeing ghosts” on the field.

Sure, the Patriots have been making every quarterback’s life a living hell this year. But to have this level of confidence loss in less than one half of play is a horrible sign.

It’s even more stunning when you realize Darnold was pretty darn superb last weekend as his Jets stunned the Dallas Cowboys.

There’s just something about a Bill Belichick-led defense and young quarterbacks. They rarely have any fun. Clearly Darnold is a miserable wreck this Monday night at MetLife Stadium.