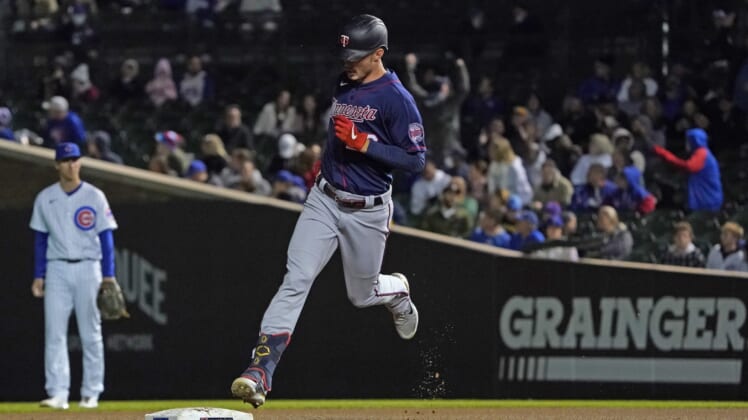 Juan Minaya, Tyler Duffey and Jorge Alcala each logged a scoreless inning before Alex Colome worked around Ian Happ’s RBI single and three Cubs stolen bases in a two-run ninth to earn his 15th save.

Colome fanned Trayce Thompson to end the game — the 18th strikeout recorded by Minnesota pitching — after the Cubs drew to within the final margin on a Willson Contreras groundout.

Ryan, a rookie right-hander, set the tone for Minnesota (67-85) in his fourth career start. Ryan struck out 11 Cubs batters, including each of the last seven he faced after Frank Schwindel singled with two out in the third to extend his hitting streak to 11 games.

Nico Hoerner delivered a two-run single in the second inning against Ryan (2-1), who recovered to scatter two runs and three hits while walking one.

Schwindel and Hoerner had two hits apiece for Chicago.

Kepler connected against Cubs starter Kyle Hendricks for a two-run home run in the first inning and a solo shot in the fourth. Kepler narrowly missed homering for a third time, as a sharp fly hit off the top of the wall for a sixth-inning double.

It was Kepler’s second multi-home run game of the season and first since July 5 against the Chicago White Sox.

Hendricks fell to 14-7 after yielding four runs, three earned, and five hits in 5 2/3 innings. He struck out three and walked none but allowed two more home runs, extending his season total to a career-high 31, fifth-most in the major leagues.

Minnesota scored an unearned run in the sixth and added an insurance run on an Andrelton Simmons sacrifice fly in the ninth.

Chicago’s Robinson Chirinos left the game after appearing to grab his left side following a check swing in the seventh inning.