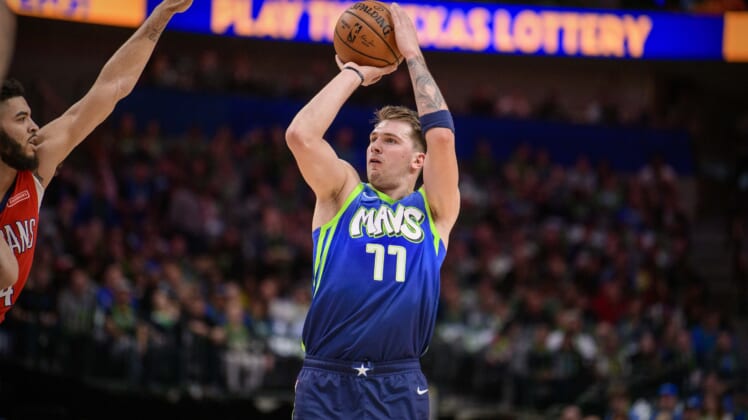 Dallas Mavericks star Luka Doncic came into his second season looking to prove himself as an All-Star caliber player. He’s done that and more, especially after his latest stunning performance put him alongside Michael Jordan in an exclusive club.

Facing the New Orleans Pelicans on Saturday, Doncic put on another basketball clinic with outstanding shooting, crisp passing and dominating on the glass. It didn’t take long before he reached 20-plus points, five-plus rebounds and five-plus assists to join Jordan as the only players since the NBA/ABA merger with 18 consecutive games with at least 20-5-5.

Doncic certainly earned his place in history as he put the instincts, decision-making and accuracy that led him to this historic mark. As his behind-the-back pass shows, he just sees the game differently than so many of his peers.

Of course, he also showed off the moves and step-back shot that are making him an MVP candidate this season. Doncic’s quick move and incredible shot in the third quarter just showed how difficult he is to defend.

The Mavericks rolled on Sunday, which allowed Dallas to rest Doncic with a 34-point lead. While he only played 26 minutes, he finished with 26 points, six rebounds and nine assists.

Now, Doncic will turn his attention to passing Jordan’s mark on Sunday against the Sacramento Kings. He can also set his long-term sights on going after Oscar Robertson’s pre-merger record of 29 consecutive games with at least 20 points, five rebound and five assists.