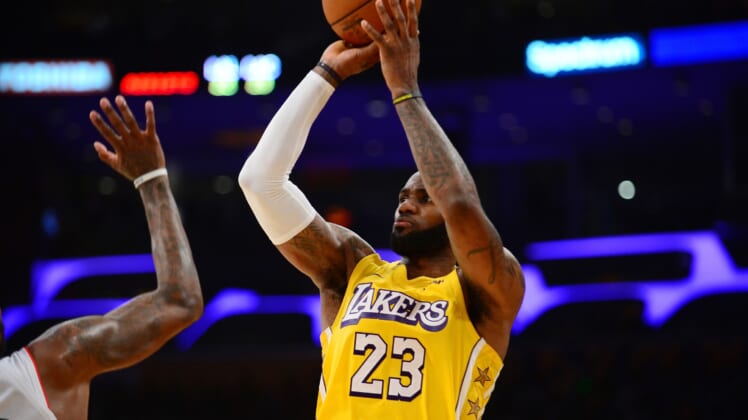 Los Angeles Lakers star LeBron James dominated on the football field in high school before becoming a star in the NBA. He’s now decided to show everyone that he might even be able to play soccer, too.

During a dominant first-half performance on Wednesday against the Phoenix Suns, James saw the perfect opportunity to showcase his soccer skills. After spotting the ball bounce off the rim with the clock expired, James reacted quickly and executed the perfect header to pass the ball to the referee.

People have talked about what it would have been like if James opted to play football instead of basketball. While we’re glad the future Hall of Famer chose the NBA, this moment now leaves us wondering if he could play for the United States men’s national soccer team.