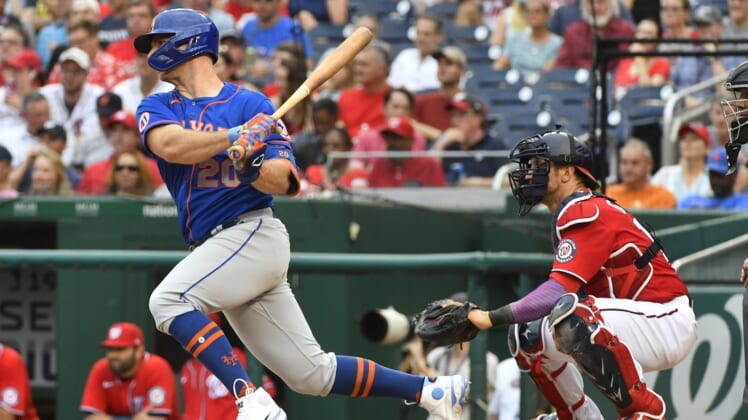 It was the second two-homer game in a week for Schwarber, who hit a pair last Sunday against the San Francisco Giants. He has five home runs in his last six games.

Francisco Lindor homered twice and drove in five runs in New York’s 5-1 win in the first game of the doubleheader.

Lester (1-2) earned his first win as a National and first since Sept. 21, 2020. He gave up seven hits and struck out six while throwing 100 pitches without a walk allowed.

Lester began the seventh but departed after allowing Tomas Nido’s single and a two-run homer by Jose Peraza.

Wander Suero got the next two outs, but with runners on first and third, closer Brad Hand came on to retire James McCann on a fielder’s choice for his 14th save.

Trea Turner also homered and had two hits for the Nationals, who have won six of their past seven.

Robert Gsellman (0-1) worked the first two innings of the bullpen game for the Mets and allowed a run on three hits.

Schwarber led off the bottom of the first by homering to center on a 1-1 changeup from Gsellman.

Turner connected off Sean Reid-Foley with two outs in the third to make it 2-0. It was his 11th homer of the season and first since May 17.

Singles by McCann and Pete Alonso put runners on first and second for the Mets with one out in the fourth, but they did not score as Lester retired the next two batters.

Washington broke it open in their half of the fourth. Yan Gomes walked and Luis Garcia singled to center. Starlin Castro followed with a ground-rule double to right beyond the reach of a diving Kevin Pillar, scoring Gomes. With two outs Schwarber sent an 0-1 fastball from Reid-Foley to center for his 15th home run.

Lindor singled and McCann (two hits) doubled with one out in the sixth, but Lester got Alonso on a shallow fly ball and struck out Pillar.