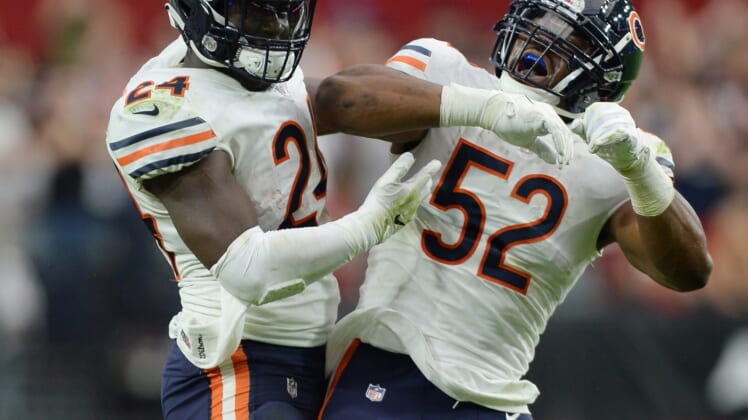 Unfortunately for Skins quarterback Case Keenum, that’s come at the cost of his clean uniform and pride.

Mack put up six pressures, a sack and a forced fumble within the first 20 minutes of the game. In no way was he done. Check out this strip sack of Keenum to help Chicago take a 21-0 lead in the second quarter.

Keenum had absolutely no shot here. The pocket had collapsed before he took even two steps in the backfield. Mack’s penetration out of the gate coupled with an ability to strip Keenum is something to behold.

Sure the Redskins are without franchise left tackle Trent Williams, but this is some embarrassing stuff. Keenum tallied all of seven net yards on his first 10 pass attempts. That included a pick-six to start the game and another interception.