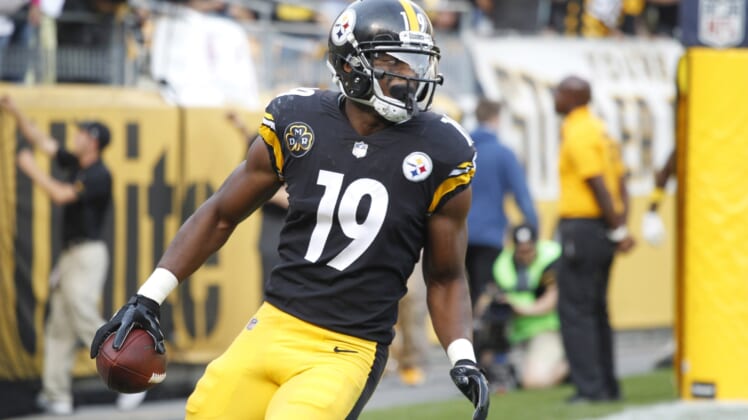 Second-year Pittsburgh Steelers wide receiver JuJu Smith-Schuster is coming off what was a brilliant rookie season. The USC product caught 58 passes for 917 yards with seven touchdowns in his initial campaign.

Most expected Smith-Schuster to have himself a breakout season in 2018. If the first quarter of Pittsburgh’s preseason opener is any indication, that’s exactly what’s going to happen.

Just look at Smith-Schuster go up and get the ball over cornerback Rasul Douglas. There’s really nothing fair about this.

Teaming up with Antonio Brown, it looks like Pittsburgh might have the most dominant wide receiver duo in the NFL.

On the other hand, the defending champs could be in trouble with a lack of proven depth at corner. Douglas’ inability to contain Pittsburgh’s young wide receiver is a prime example of that.