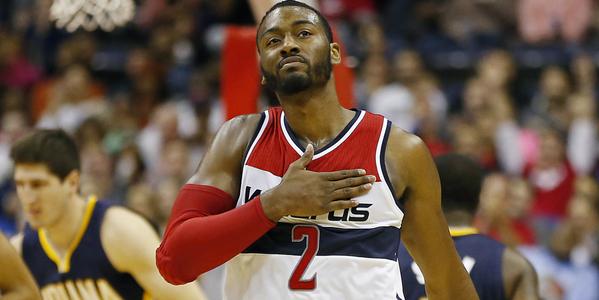 His Washington Wizards didn’t jump out of the gate strong in Game 3 against the Atlanta Hawks on Saturday, but MVP candidate John Wall sure came to play.

Wall dropped 14 points in the first quarter, including this awe-inspiring dunk late in the opening stanza.

John "I Am Literally Doing It All, You Guys" Wall https://t.co/chGiDCxyFl

As you can see, Wall went the length of the court without much defense from the Hawks, ultimately throwing down a massive dunk in the process.

Just a minute later, Washington’s best player would hit a three to close out the quarter and pull his team to within 18 points after an initial onslaught that saw Atlanta take a 25-point lead.

Washington is definitely in for an uphill climb in an attempt to take a commanding 3-0 series lead, but it looks like Wall himself is more than up for the task.