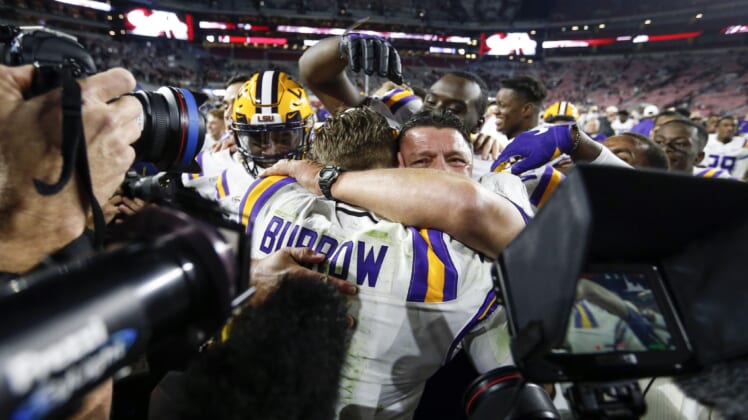 There is always something special about the bond between a head coach and his quarterback. In the case of LSU Tigers head coach Ed Orgeron and quarterback Joe Burrow, it’s an even more meaningful bond and we saw that at the end of the SEC Championship Game.

After Burrow led the Tigers to a blowout 37-10 win over the Georgia Bulldogs to win the SEC title and clinch their spot in the College Football Playoff, Orgeron awarded the game ball to his star quarterback. Immediately after getting the ball, Burrow gave it right back to his head coach.

The moment itself was emotional to see. Seeing Burrow, who will win this year’s Heisman Trophy, show that level of appreciation for his coach is amazing. Of course, Orgeron’s smile and joy when he realizes what Burrow is doing, makes this an all-time moment.

The LSU program and fan base will miss having this special combo together. Fortunately, we’ll get to see them together for at least one more game as they head to the College Football Playoff with their sights set on the title.