WATCH: Jim Kelly intro to Bills-Cowboys game was something 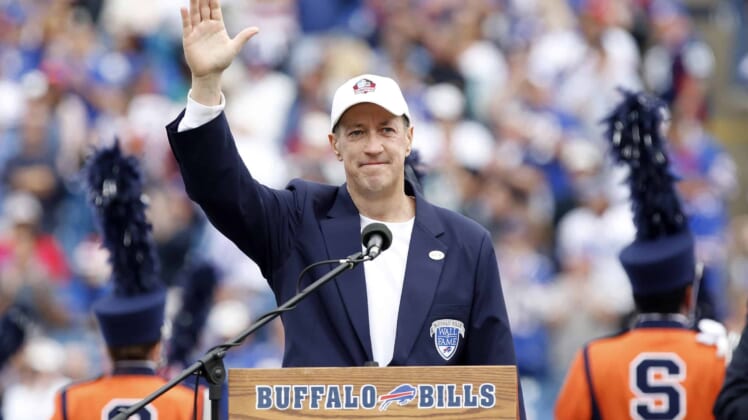 The Buffalo Bills and Dallas Cowboys did battle into two Super Bowls back in the 1990s. Defeated in each one, Jim Kelly and his Bills didn’t stand a chance against America’s Team. It was two of four consecutive Super Bowls that Buffalo lost.

Decades later, Kelly’s former Bills team is in to Dallas to take on the Cowboys on Thanksgiving.

The CBS intro for said game was about as poignant as it was emotional. With Kelly playing a featured role, the video covered in detail the Bills’ success of that decade and the Hall of Famer’s later battle with cancer.

If they really wanted grown men to cry during Thanksgiving dinner, they succeeded at every turn.

From the heartbreaks on the field to Kelly’s multiple cancer battles and ultimate victories off the field, this was something else.

We give Kelly credit for being able to touch on the topics that have defined his life. We give CBS Sports credit for giving him that platform.

As much as Thanksgiving is spent around friends and family, it’s also all about what we have to be thankful for. That was the overriding message of this tear-inducing video.