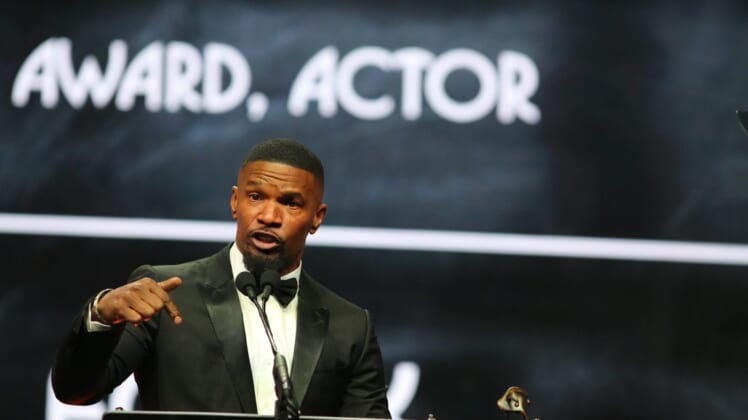 Jamie Foxx is set to play Mike Tyson in a biopic we absolutely cannot wait to see based on a recent impersonation of the legendary boxer he showed off.

Foxx was doing a video interview with Candace Parker when he launched into his Tyson impersonation.

Close your eyes and listen to that again. It’s so perfect you could not distinguish it from the real thing.

The movie is still untitled and in the development stages, per IMDb.com. However, it sure looks like Foxx is going to be doing it, and my goodness he’s locked into it.

In addition to Foxx as Tyson, none other than Sir Anthony Hopkins is rumored to be in line for the role of legendary trainer Cus D’Amato.

As for Tyson, the former undisputed heavyweight champion of the world is training for a comeback. And he’s got some serious money lined up if he wants it.