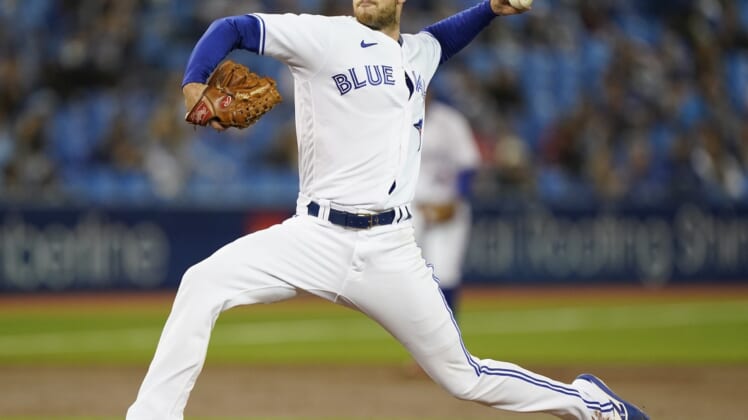 Corey Dickerson added a solo home run and Cavan Biggio had three hits and an RBI for the Blue Jays (89-71) in the opener of a three-game series.

The Blue Jays began the night one game behind Boston and Seattle, who were tied for the second wild-card slot.

Matz (14-7) allowed two runs, six hits and one walk in seven-plus innings. He struck out five. Jordan Romano pitched 1 2/3 innings with three strikeouts to earn his 23rd save.

The Blue Jays’ Santiago Espinal led off the third with a single, and Jansen followed with his 10th home run of the season.

Baltimore’s Pedro Severino extended his hit streak to 10 games with a fifth-inning single, but he was erased on a double play grounder. Tyler Nevin followed with a double.

The Blue Jays threatened in the bottom of the fifth, but Hays snuffed out the rally when he threw out Biggio at the plate after Vladimir Guerrero Jr.’s flyout to shallow right. Biggio started the inning with a single against Fernando Abad and took third on Marcus Semien’s single. Brooks Kriske came in to face Guerrero.

Dickerson hit his sixth home run of the season with two out in the sixth to start a four-run inning. Espinal doubled and scored on Jansen’s double, and Biggio hit an RBI single. Isaac Mattson replaced Kriske, and Biggio scored from second on George Springer’s infield single to second.

Gutierrez led off the Baltimore eighth with his third homer of the season. Nevin followed with a walk, and after Adam Cimber replaced Matz, Valaika smacked his fifth home run of the season.

Cedric Mullins was hit by a pitch with one out and Ryan Mountcastle singled. Cimber was replaced by Romano, who allowed Trey Mancini’s two-out RBI single. Severino walked to load the bases before Gutierrez bounced out to third.

Romano struck out the side in the ninth.