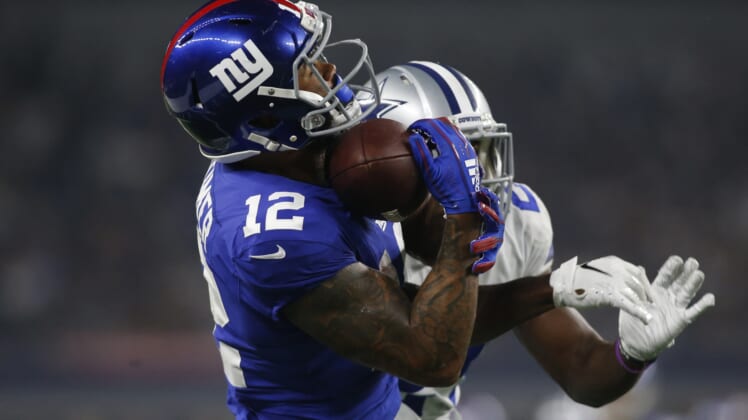 Cody Latimer has always had the potential to become an incredible playmaker at the NFL level. On Sunday, he showed what he’s capable of with a brilliant one-handed touchdown grab against the Dallas Cowboys.

With a defender draped on top of him, the New York Giants receiver hauled in an Eli Manning pass with just one hand, getting two feet in bounds and establishing control before falling out of the end zone.

Just a tremendous play by a player who can still live up to his potential in the years to come if he can consistently show up, week in and week out.

As an aside, Manning’s pass was a dime, and it somewhat made up for a ghastly mistake he made earlier in the game.