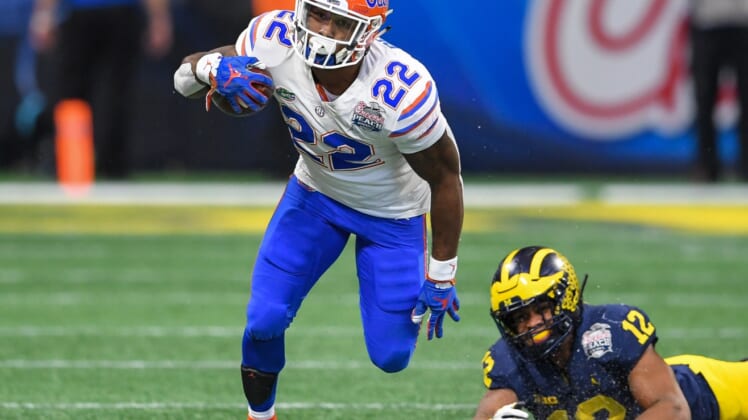 Just when the Michigan Wolverines thought they had hope by pinning the Florida Gators to 3rd-and-20, Gators running back Lamical Perine drove the dagger through the Wolverines’ heart with a 53-yard touchdown run.

A failed trick play forced Florida’s offense back into their own territory. Facing a long down and distance. If the Gators failed to convert, Michigan would get the ball back with a chance to make it a one-score game.

Instead, Perine took the carry and split Michigan’s defense right down the middle as he sprinted towards the end zone for the 53-yard score and a three-score lead for the Gators in the fourth quarter.

Michigan came into the Chick-fil-A Peach Bowl with one of the best defenses in the country, Perine made it look like Eastern Michigan’s defense.

The Gators are rolling to a blowout win, while Jim Harbaugh will be left facing even more questions with another looming loss to a top-10 team in embarrassing fashion.