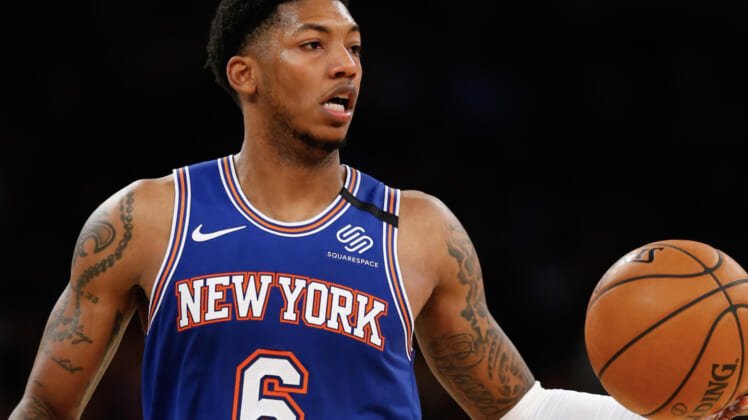 The New York Knicks were on the receiving end of a blowout at the hands of Ja Morant and the Memphis Grizzlies at Madison Square Garden Wednesday night.

It didn’t get much better from there. Down 18 points late in the fourth quarter, Knicks guard Elfrid Payton committed a hard foul on Grizzlies veteran Jae Crowder.

That’s when all heck broke loose.

Payton was upset that Crowder decided to attempt a three-pointer with his team up 18 in the final seconds. We’re still not sure why. A fight ended up breaking out.

At about the same time, Knicks players were seen getting into it with coaches on the bench.

Meanwhile, fans at MSG directed chants at owner James Dolan, telling him to sell the team.

It sure looks like things are going swimmingly for the Knicks this season. Throw in the darn towel.