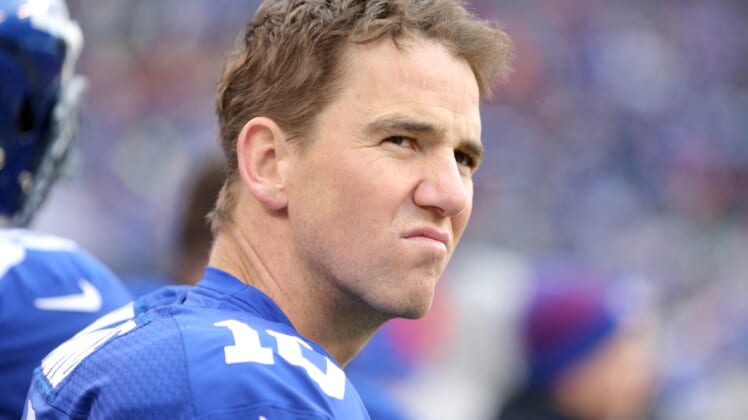 Sunday could mark Eli Manning’s final game with the New York Giants. If that’s the case, he’s not starting his finale on a high note.

The Giants had driven down the field and were poised to take an early lead over the Dallas Cowboys. But the scoring chance came to an end when he threw an interception to Chidobe Awuzie.

As has so often been the case in 2018 (and in recent seasons) we have no idea what Eli was doing here.

If there was no play to be had, he should have simply thrown the ball away. Even taking a sack wouldn’t have been that bad.

The pass he decided to throw had virtually no chance of being caught — not by his teammate, anyway.