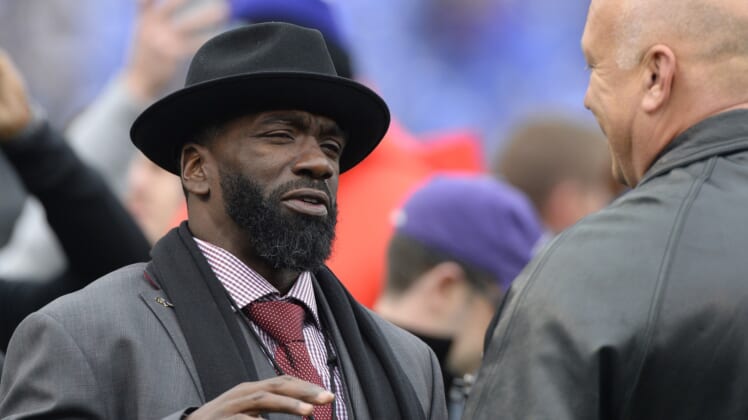 Baltimore Ravens all-time great safety Ed Reed sure knows how to stand out.

Immediately prior to his induction into the Pro Football Hall of Fame in Canton Saturday night, the dude was absolutely styling. Check Reed out in all of his glory.

This is not a surprise. Perhaps known more for his unique style than his brilliance on the field, Reed has always known how to make an entrance.

Reed, 40, played in the NFL from 2002-13 after the Ravens made him a first-round pick. His first 11 seasons were spent in Baltimore before splitting time with the Jets and Texans to wrap up his career in 2013.

Reed earned nine Pro Bowl appearances and won a Super Bowl with Baltimore during his time with the organization.