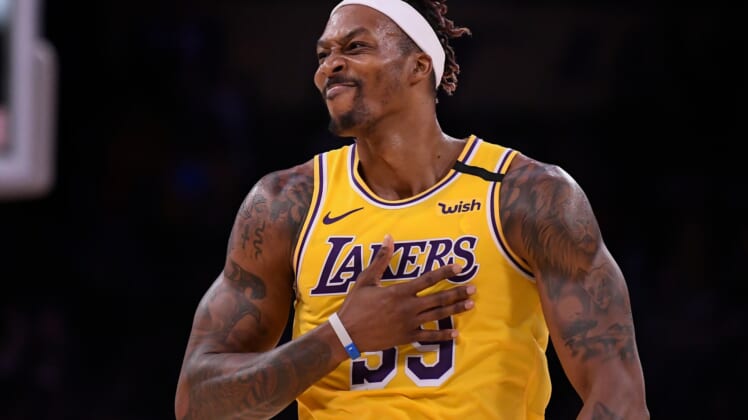 On a night when the NBA honored Kobe Bryant by naming the All-Star MVP Award in his name, Los Angeles Lakers center Dwight Howard paid tribute to Kobe in his own special way during the Slam Dunk Contest.

Howard broke out the Superman outfit, a flashback to his days as the Slam Dunk champion in 2008, then tore off the “S” and revealed the No. 24 in honor of Kobe.

Howard had originally planned to have Kobe help him during the Slam Dunk Contest and the pair were looking forward to reuniting before Kobe, his daughter Gianna and seven others were killed in a helicopter crash.

It would have been the perfect moment to see Howard and Kobe reunite on the court and work together. But credit to Howard for finding an incredible way to honor Kobe this way.