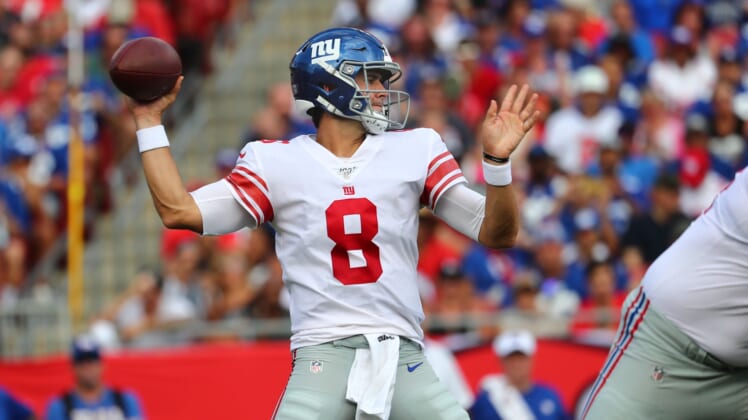 New York Giants rookie quarterback Daniel Jones made a rookie mistake in the first quarter of Sunday’s game against the Detroit Lions.

Under pressure, he panicked and threw a ill-conceived pass into the flat — apparently trying to throw it away. Unfortunately for Jones, the ball was thrown behind Saquon Barkley, and as it hit the ground Devon Kennard scooped and scored for the Lions.

The box score shows this was a fumble, though Jones was clearly trying to throw the ball.

Turnovers have been a huge problem for Jones in recent weeks, and clearly he is still struggling with his decision making. For what it’s worth, the Giants have said they won’t replace him with Eli Manning…at least not yet.