WATCH: Colts’ Denico Autry hit with penalty over double-pump in front of ref 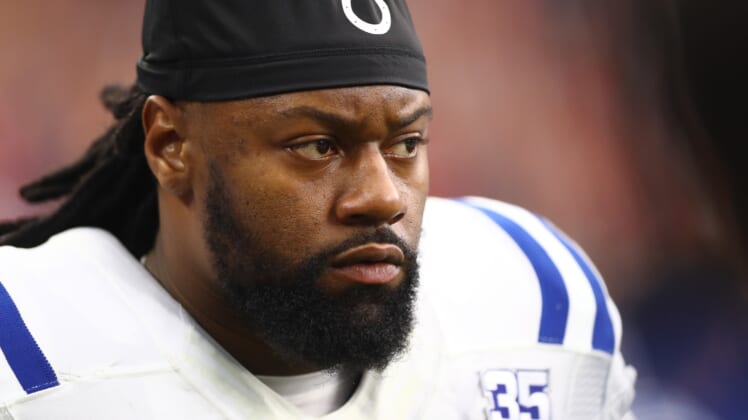 It wouldn’t be an NFL game without a dumb penalty. During Saturday’s divisional-round game between the Indianapolis Colts and Kansas City Chiefs, Colts lineman Denico Autry did just that, double-pumping right in front of an official.

Was Denico Autry taunting the ref? Got a 15-yard penalty for this….https://t.co/G7KTLoPndH

The worst part about this is that the Colts had just stopped the Chiefs on a fourth-down sack that would have put them close to midfield. Thanks to the 15-yard unsportsmanlike conduct penalty, they were bumped back and started at their own 27-yard line.

In a game that’s pretty much gone completely in favor of the Chiefs, the Colts can’t afford to keep shooting themselves in the foot like this.