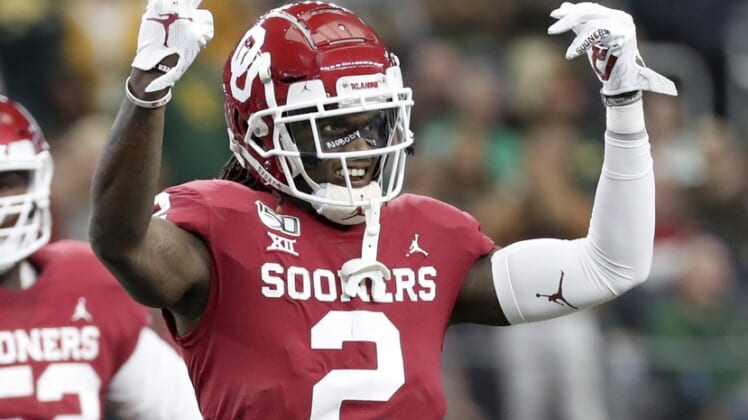 Just when it looked like LSU might take the Peach Bowl over in the first quarter, Oklahoma woke up as CeeDee Lamb and Jalen Hurts came alive.

Lamb, streaking down the left sideline, hauled in an awesome one-handed catch inside the red zone thanks to a gorgeous deep throw by Hurts.

One play later, Kennedy Brooks punched in a four-yard touchdown run to tie the Peach Bowl up, 7-7.

Lamb is going to go very early in the 2020 NFL Draft and has been making these types of plays all season long for the Sooners. So it’s hardly surprising he came through like this when his team needed a big play.