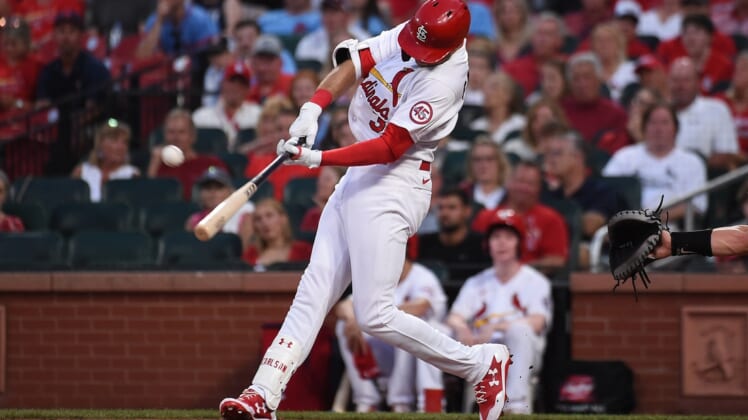 Molina drove in his runs with his 395th career double, which moved him past Jason Kendall for fifth on the all-time list for primary catchers.

The Cardinals won for just the eighth time in 27 games while the Diamondbacks lost for the 22nd time in 24 games.

Both teams moved a pitcher from the bullpen to start this game. Neither starter worked deep into the game, but both pitched well.

The Cardinals took a 1-0 lead in the third inning. Edmundo Sosa hit a single and scored on Carlson’s triple.

The Diamondbacks loaded the bases in the fourth inning but didn’t score. Christian Walker hit a single, Asdrubal Cabrera hit a double and Nick Ahmed drew an intentional two-out walk before Daulton Varsho struck out.

Josh Rojas hit a solo homer in the fifth inning to tie the game 1-1.

The Diamondbacks loaded the bases again in the sixth inning, but again they came up empty. Cabrera and Pavin Smith hit one-out singles and Varsho walked with two outs.

But Young hit for himself and was called out on strikes.

The Cardinals broke the game open in the seventh inning to take a 7-1 lead. Sosa hit a leadoff double, moved up on Tommy Edman’s bunt and scored on Carlson’s single.