WATCH: Bulls with the alley-oop of the NBA season 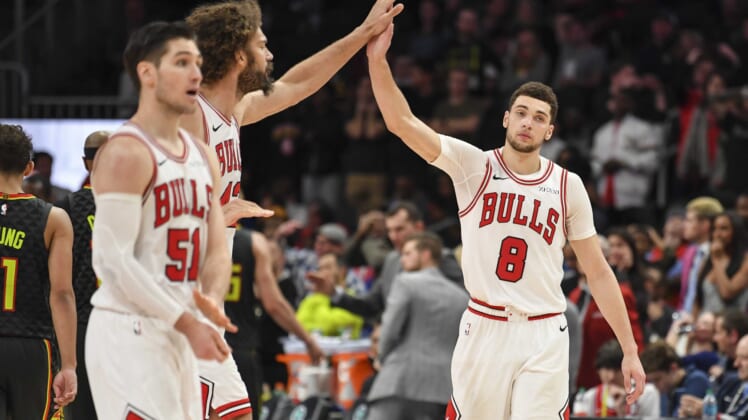 The Chicago Bulls have not necessarily been on the right end of highlight-reel plays thus far this season.

That didn’t change earlier on Wednesday night against the Philadelphia 76ers when the entire team forgot how to play defense.

But even some of the NBA’s worst teams can make some of the best plays. Take this sequence in the third quarter against Philadelphia.

Guard Ryan Arcidiacono displayed some tremendous hustle getting the ball to Otto Porter Jr. Once he had possession, the newly acquired forward threw this lob to Zach LaVine. The end result might have been the best alley-oop of the NBA season.

The Bulls. Yes, those Bulls might have just pulled off the best alley-oop of the NBA season. Insanity. (h/t @ESPNNBA pic.twitter.com/57ruoiRiae

First off, we’re not entirely too sure how Arcidiacono was able to tip that ball to Porter. But it’s what followed that had head coach Jim Boylen pumped. What a tremendous pass from Porter to a player in LaVine who has thrown down some beautiful dunks throughout his career.

Even if it was for just one play, the Bulls shined in front of a national audience. Not too shabby for an 18-win team.