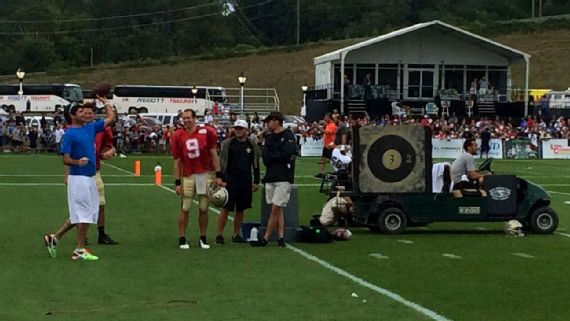 Could Bubba Watson be considering a switch from golf to football?

The No. 4 golfer in the World Golf Rankings was spotted at New Orleans Saints training camp, where he frequently visits, on Thursday. He got into a bit of a quarterback competition with Drew Brees, head coach Sean Payton and the team’s other passers.

And the best part?

Here’s a short video of the left-handed golfer doing his best Steve Young impersonation as he attempts to hit moving targets.

ESPN reports that while Watson didn’t win the competition, he didn’t finish last, either.

However, it also appears Brees’ job is safe. Watson will almost certainly stick with golf, though there are a few NFL teams that might want to take a look at his tape.