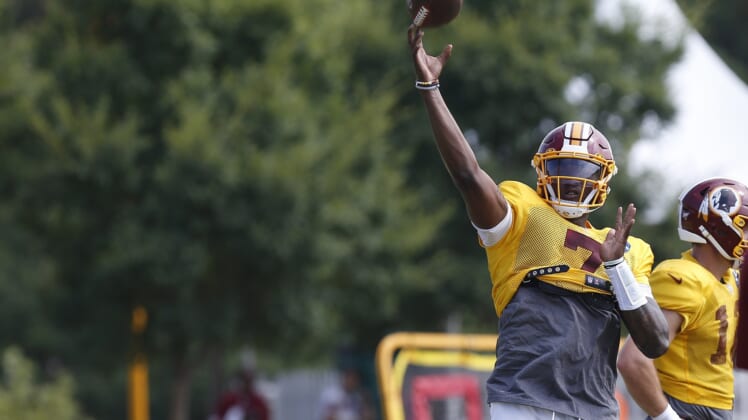 A rookie quarterback’s first season in the NFL is about constantly learning and that’s exactly what Washington Redskins quarterback Dwayne Haskins will need to do after a brutal pick-six in his first game.

Following a strong first drive that displayed Haskins’ strengths, Haskins made his first mistake as a pro and it came at the hands of another rookie.

Haskins never saw Cleveland Browns rookie linebacker Mack Wilson right on top of the running back. Wilson, who starred on the Alabama Crimson Tide’s defense, showed off his playmaking abilities with a 40-yard interception return for the score.

A highlight moment for one rookie is a critical lesson for another, that’s what the preseason is all about. Given the talents of both players, this likely won’t be the last time they are involved in a big play against each other in their careers.