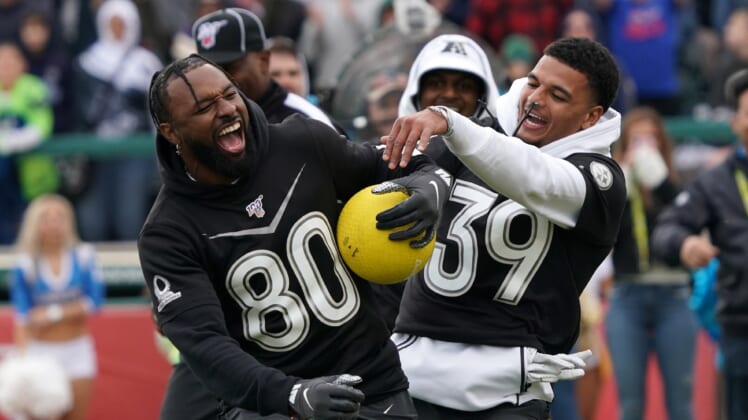 Just call him White Goodman, because, Jarivs Landry was mowing down opposing players during Thursday’s dodgeball competition at the 2020 Pro Bowl in Orlando.

What’s even better than this performance is the AFC team celebrating like it just won the Super Bowl. The excitement was real.

As for Landry, this is more winning than he’s seen on the football field throughout his six-year NFL career. Too soon?