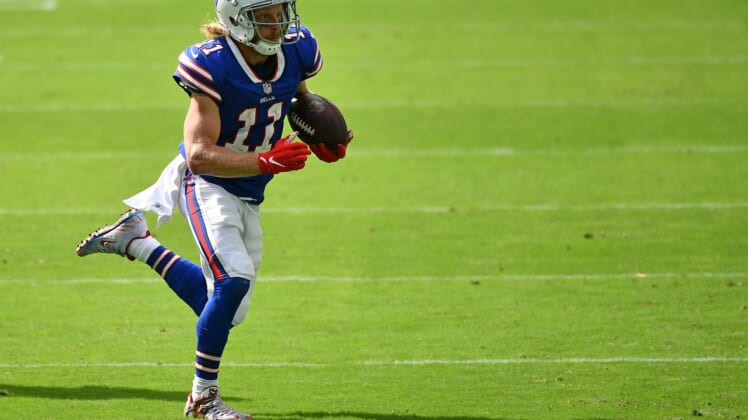 Buffalo Bills quarterback Josh Allen has played at an MVP-caliber level early in the 2020 season and it’s easy to see why when players like Cole Beasley turn into acrobats to score touchdowns.

During Sunday’s game against the Las Vegas Raiders, Allen threw a bullet to Beasley a few yards short of the goal line. The 5-foot-8 receiver was drilled immediately, but somehow contorted his body and landed in the end zone.

After feeling underutilized with the Dallas Cowboys, Beasley joined Buffalo with dreams of being a great weapon in the middle for Allen. Even after acquiring Stefon Diggs, who is enjoying a great season, there’s no denying Allen has a special connection with his receiver.

Of course, it’s hard to blame Allen when Beasley can do absurd things like this. There’s just something different about Buffalo’s offense this season and it’s fueling a hot start to begin the year.