WATCH: Ben Simmons energizes crowd with his second three-pointer of the season 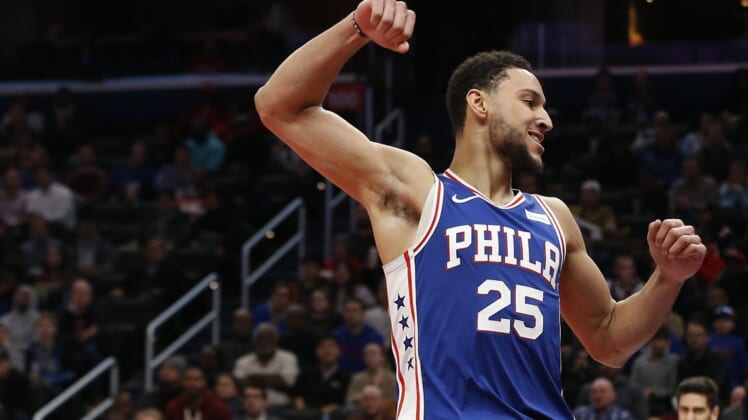 Philadelphia 76ers star Ben Simmons came into the season with many convinced he’d never hit a three-pointer. He finally did it on Nov. 20 to shock the NBA world and he just did it again on Saturday night against the Cleveland Cavaliers.

Simmons seemed determined to dominate as a scorer. After dominating in the first quarter with double-digit points, he rode that confidence and let it fly in the second quarter to drill his second three-pointer of the season.

While Simmons downplayed his need to develop a three-point shot before the season, it’s clear he worked on it this offseason. He’s now shooting 50 percent from three-point range, though, we’ll hold off for now on voting him into the three-point contest.