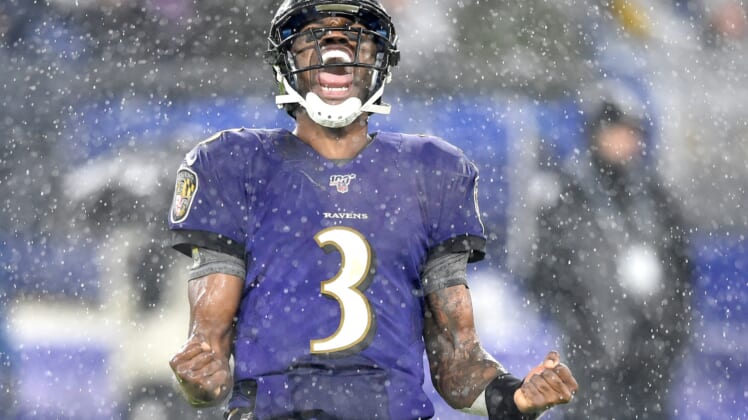 As the NFL world continues to speak out against racial injustice and police brutality in the United States, we’re hearing more from players who have not necessarily talked about it in the past.

RGIII opens up the video talking about how the United States sends its military personnel overseas to fight against the same issues that are plaguing this country in modern day America.

As the current Baltimore Ravens quarterback talks, his wife, Grete Šadeiko, could be seen in the background. They were joined by his biracial children a little bit later in the video.

The former Baylor star talked about how he faces racism and discrimination when he leaves his house simply due to the color of his skin. He talks about the concern that he might not return home to his family. He continued to talk about systemic racism in the United States aimed at the minority population. It’s something the NFL as a whole has discussed in the recent past.

The video was passionate. It showed us that biracial families are impacted by the ongoing events in this country. The optics were clear and resounding.

National anthem protests will be widespread during the 2020 NFL season

As we see more players speak out against racial inequality and police brutality following the murder of George Floyd, one thing has become clear. There’s going to be widespread protests during the 2020 season.

Two recent No. 1 picks in that of Kyler Murray and Baker Mayfield have recently noted that they will kneel for the national anthem. As two future faces of the league, it’s a clear indication that a new generation of NFL players are united and aligned in terms of what’s impacting modern day American society.

At the very least, more than what we saw during the start of the Colin Kaepernick-led national anthem protests back in 2016.