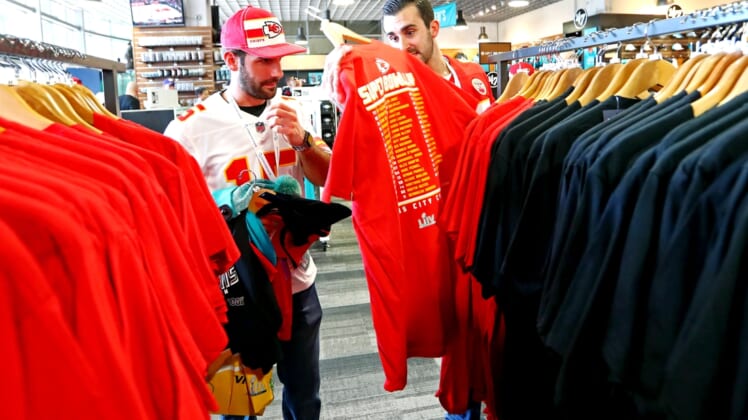 The NFL is about to make streaming games and purchasing merchandise fully integrated with the coming announcement of an expanded partnership with retail giant Amazon, Sportico reported.

One week after it was reported that the NFL and Amazon Prime had reached an 11-year, $105 billion deal to air Thursday night games, the league now is set to sell its merchandise at the Amazon retail site, according to the report.

While NFL merchandise had been available at Amazon, there was a limited selection. Now the NFL and Amazon are set to work together to offer a wide range of products like jerseys, hats, collectibles, tailgating items and custom gear.

“Amazon continues to collaborate with the NFL to enhance our customer experience and we look forward to expanding our assortment of NFL products,” Amazon said in a statement.

A flood of NFL merchandise was set to hit Amazon’s retail site Wednesday, the report said. Gear from authorized sellers like New Era, Fanatics, NFL Pro Line and Outerstuff will be available, although products from Nike will not. Nike ended its relationship with Amazon in 2019.

Fanatics operates the current merchandise shop at nfl.com and is expected to have a storefront at amazon.com in the near future.