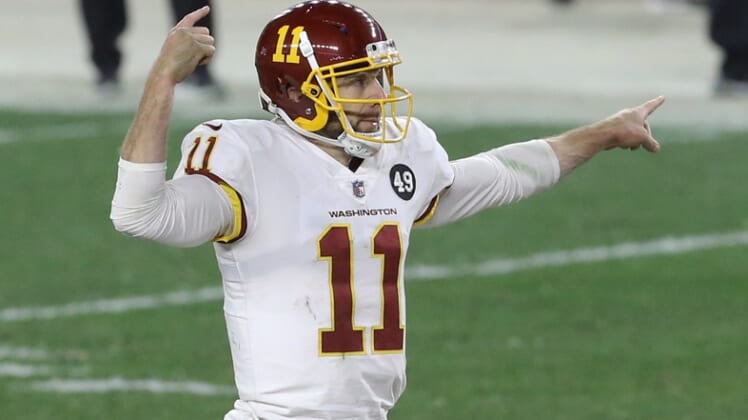 History has a funny way of repeating itself. The Washington Football Team earned their first appearance in the NFL Playoffs since 2015. The Football Team is the first 7-9 team to make the playoffs since the 2014 Carolina Panthers.

The coach at the time for the Carolina Panthers was none other than current Washington Football Team head man Ron Rivera. He’s obviously been in this situation before.

However, this time Rivera will have to overcome the greatest quarterback of all-time, Tom Brady.

Brady led the Tampa Bay Buccaneers to their first playoff appearance since 2007. The Bucs are riding a four-game win streak heading to the playoffs, and Brady’s notorious desire to win will be in full effect.

However, Brady will have to face his worst nightmare in the wild card round, a relentless defensive line.

NFL Playoffs: Can the Washington Football Team upset Tom Brady and the Buccaneers?

The third-ranked offense in the NFL will face the fourth-ranked defense at FedEx Field on Saturday night, and this game has every sign of being a potential upset.

Rookie Chase Young has garnered most of the attention from the media, and rightfully so. He is one of two rookies to make the Pro Bowl this year, and his leadership has been impeccable.

However, he is one part of a scary defensive front for the Washington Football Team. Edge rusher, Montez Sweat, has had an impressive season with nine sacks and 12 tackles for loss.

The men on the inside, Jonathan Allen and Daron Payne, may not have the stats like Young and Sweat, but they are still vital parts of Washington’s defense.

Washington may have a 7-9 record, but many who watched the team’s season understands the record should be a lot different. A mental error by the defensive star, Chase Young cost Washington the game versus the Detroit Lions.

A botched two-point conversion by quarterback Kyle Allen cost Washington a win against NFC East rivals the New York Giants, and a missed extra point by Dustin Hopkins cost Washington the game versus the Seattle Seahawks.

Washington made the playoffs despite having a carousel of four different quarterbacks. Head Coach Ron Rivera was battling cancer the majority of the season and quarterback Alex Smith had the greatest comeback in sports history.

The Washington Football Team has been a symbol of resilience on and off the field all season, and the challenges continue to mount up heading into their wild-card matchup.

Smith has a calf injury on his surgically repaired leg. In the final game of the season versus the Eagles, it was clear to most how limited Smith was. Coach Ron Rivera has hinted at the idea of playing Smith and back-up Taylor Heinicke on Saturday.

This will be one of the most interesting situations for a team that continues to face challenges. Smith is 5-1 as a starter and even though he may be limited, Washington is at the team’s best when he is in the game.

The challenges have been mounting all season for the NFC East champions, but as the team showed, resilience has been the theme of the entire season. It will be put to test versus the greatest quarterback of all time, but Washington is still in the position to pull off the upset.