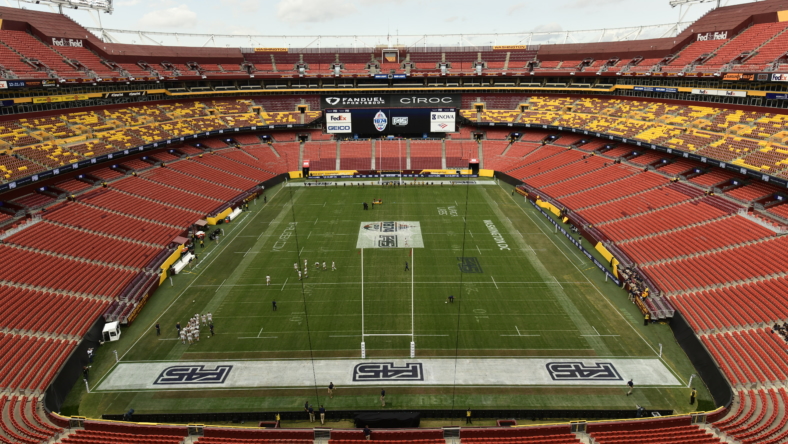 The decision by Washington Commanders owner Daniel Snyder to potentially sell the franchise could have massive ripple effects for the NFL and the franchise. It could also be an important domino that leads to a new stadium.

FedEx Field, which opened in 1997, is the worst stadium in the NFL. Despite the obvious need for it to be replaced with collapsed guard rails and burst pipes endangering fans – the presence of Snyder has been a roadblock standing in the way of progress.

Facing investigations from the NFL, House Oversight Committee and the U.S. attorney’s office in the Eastern District of Virginia, the most notorious owner in professional sports has now hired Bank of America to evaluate selling the franchise.

A new owner would be one of the most significant changes in team history. Once a storied franchise, the Commanders have become one of the worst teams in the NFL for decades with Snyder at the helm. Not only could a new owner potentially turn the organization around, but it could also lead to a new stadium.

As reported by The Washington Post, D.C. Mayor Murial Bowser indicated that a new Commanders’ owner could have a significant impact on the possibility for a new stadium.

“It sounds like a positive move for the team. There have been a lot of objections raised about the team coming back to RFK, where it played for many years, and the ownership was one. The name was one. So, I think a number of the obstacles of that people have raised as criticisms [are going away].”

The Commanders seemed to be making progress toward a new stadium, but that all changed following allegations of sexual assault, harassment and financial misconduct against Snyder. It immediately erased any potential support from lawmakers for a tax-payer-funded stadium.

A new owner would change all of that. It’s also a primary reason why many in the NFL have wanted Snyder to sell for years. Washington D.C. is one of the wealthiest regions in the United States with a strong fan base that is willing to dedicate itself to a stable team.

There is also a strong likelihood that the right owner could even cover a significant portion of the costs for a new stadium. With Jeffrey Bezos among those interested in buying the Commanders, he would likely be the NFL’s preferred target because of his financial impact on the league.

While there remains a possibility that Snyder could keep the team, his decision to hire Bank of America suggests he will ultimately go through with putting this team up for bids. Once that happens, the offers will quickly exceed the record-setting Denver Broncos sale from earlier this year.