The Washington Commanders continue to create negative press for the organization in 2022, and a new report claims a charity run by the franchise has a tax filing that is worth investigation by local governments.

While the Commanders’ football team has had a solid showing this season, the team’s ownership and the front office have been the source of bad press all year long. Owner Daniel Snyder and executives for the team have been at the center of investigations from Congress and regional attorney generals over accusations of sexual misconduct and financial improprieties inside the organization.

It got so bad that in the summer, there was speculation that other members of the NFL ownership fraternity might force Snyder out of his position. That was then followed by reports the Washington Commanders boss cultivated dirt on his contemporaries in the event he was pushed out as the top decision-maker in the franchise.

Cooler heads prevailed and Snyder recently started the process to eventually sell the team and end what has been a tumultuous period in Washington football history. However, it seems there is a new installment to the bad press machine the organization has become over the last year.

On Thursday, ESPN reported the nonprofit watchdog groups CharityWatch and the National Committee for Responsive Philanthropy took a look at recent tax filings from the Washington Commanders Charitable Foundation, and claim there were “enough apparent red flags to warrant attention from attorneys general in the two states where it operates, Maryland and Virginia.”

As much as 75% of the charity’s funding comes from donations by Commanders fans and the public. 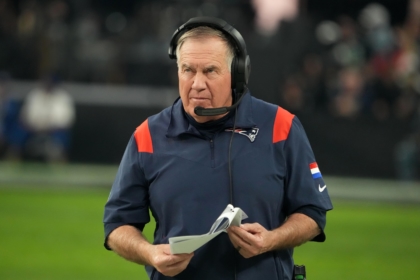 In the analysis by the two watchdogs, as well as a separate investigation by ESPN, it was found that the charity “lacks sufficient independent oversight” with Washington Co-CEO Tanya Snyder being the only voting board member. The foundation failed to disclose that it owes money to a company owned by Commanders boss Daniel Snyder. It labeled a payment to an advertising service as a “donation” and “made grants to organizations that are not in line with its stated mission.”

“There are so many red flags here, it’s hard to keep score. Taxpayers who subsidize the existence of public charities also have a stake in knowing that nonprofits aren’t being used to forward the personal interests of the people running it.”

The Washington Commanders return to action on Saturday in a major Christmas Eve clash with the San Francisco 49ers.