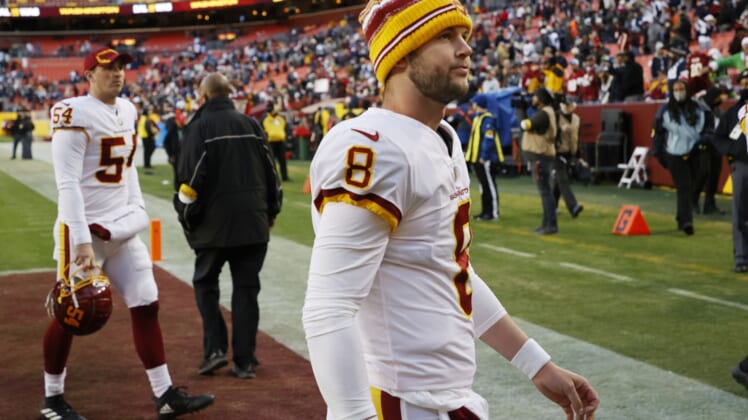 The Washington Football Team activated quarterback Kyle Allen and three other players off the reserve/COVID-19 list on Friday morning.

Allen appears poised to serve as the backup to Taylor Heinicke, who was activated off the reserve/COVID-19 list on Thursday.

With Heinicke and Allen sidelined, Washington turned to quarterback Garrett Gilbert to start on Tuesday in a 27-17 setback to the Philadelphia Eagles. Gilbert was signed off the New England Patriots’ practice squad last Friday.

Fuller, 26, has recorded 64 tackles, one interception and one sack in 13 games (all starts) this season.

Eifler, 23, played on 15 special teams snaps during his NFL debut against the Cowboys on Dec. 12.