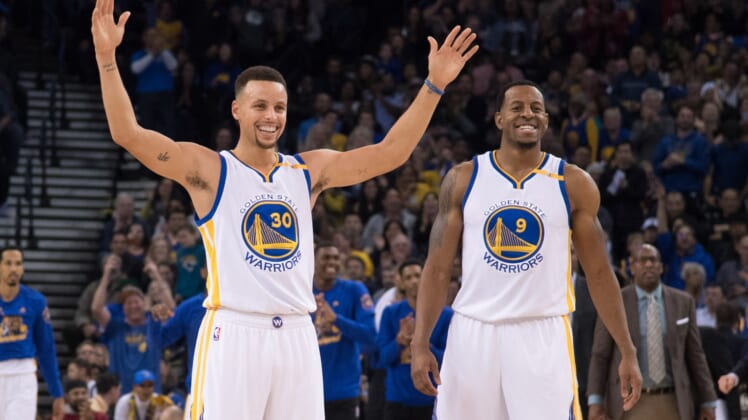 Although the Golden State Warriors have been very successful in recent years, being in the Pacific Division certainly helps them.

The big picture: In the last five years, the Warriors have not really had any legitimate challengers in the Pacific Division.

Not the best in the West: During the Warriors’ reign, their chief opponent in the division has been the Los Angeles Clippers. Since 2015, the Clippers have been the second-best team in the Pacific Division, averaging 50 wins.

However, the Clippers are a step below and inconsistent at best when it comes to challenging the Warriors for the top spot in the division:

While the Clippers have played above average basketball, their unpredictability makes it difficult to peg them as the Warriors’ most difficult challenge in the Pacific Division or even the Western Conference as a whole.

Competition? More like “Going fishing”: The rest of the Pacific Division has been a crapshoot, to say the least. The Los Angeles Lakers, Phoenix Suns and Sacramento Kings have been fraught with erratic moves that hinder them from becoming contenders in every sense of the word.

The Lakers are at the top when it comes to instability as they have:

Although the Lakers have LeBron James, they still aren’t remotely close to competing with the Warriors or even the Clippers. Meanwhile, the Suns seem to be following the Lakers’ blueprint for unsteadiness as they have:

Nevertheless, even with the Suns and Lakers competing to see who can be the worst in the Pacific, the same can’t be said about the Kings.

The Kings are building up wins: After being the model of impotence for the better part of the 2000s and the 2010s, the Kings have attempted to try and become a better basketball team.

That all said, the Kings aren’t perfect by any means. During this five year span, the front office has not had patience, hiring and firing coaches within a moments notice.

Former head coach Dave Joerger had some success with the Kings but was soon let go after the conclusion of the 2019 season. He was soon replaced by former Lakers head coach Luke Walton on a four-year deal.

In Walton, the Kings are hoping that he can work wonders with the young core and bring the wins that he had with the Warriors to Sacramento.

The bottom line: Throughout the Warriors’ time dominating the NBA, the Pacific Division has done the rest of the league no favors by essentially being one of the worst divisions.

Even so, with the Clippers looking to be better and the Kings taking that next step into playoff contention, the Pacific Division might become the most difficult division in no time at all.