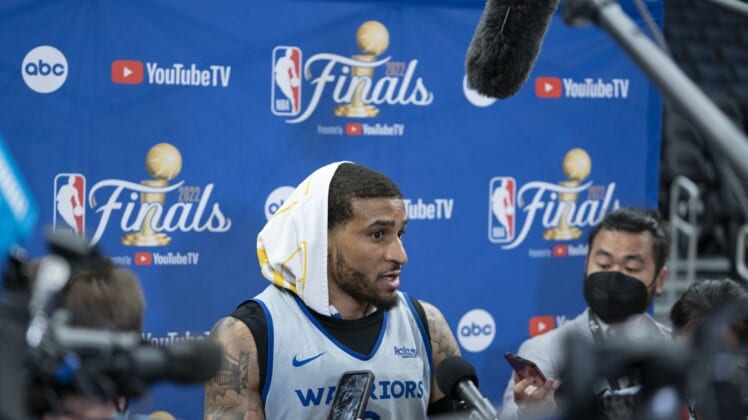 Golden State Warriors guard Gary Payton II is questionable along with two teammates and his status for Game 1 is likely to be determined just before the NBA Finals tipoff with the Boston Celtics on Thursday in San Francisco.

Payton, 29, has been out since the conference semifinals, when he injured his left elbow against the Memphis Grizzlies.

He participated in Wednesday’s scrimmage and was able to absorb contact while extending his shooting range, head coach Steve Kerr said.

“We’ll see how they turn up (Thursday), but it was a good sign all three were able to have,” Kerr said.

Porter was the Warriors’ sixth-leading scorer and third-best rebounder this season, averaging 8.2 points and 5.7 rebounds per game. A former Finals MVP, Iguodala is the oldest Warrior on the team at 38 years old.

Second-year center James Wiseman is the only player on the Warriors’ roster unavailable to play in Game 1.

Wiseman has been dealing with a meniscus injury since April 2021.