How the Warriors Could Get Both LeBron James and Kevin Love

This might seem like a pipe dream fit only for a new Cheech and Chong movie. But there is a slim chance that the Golden State Warriors could pull off the biggest coup in the NBA since the Miami Heat added LeBron James and Chris Bosh to the mix with Dwyane Wade in Miami four years ago.

Marcus Thompson of the Bay Area News Group outlines a scenario in which the Warriors would be able to nab both LeBron James and Kevin Love this offseason, while still holding on to star point guard Stephen Curry.

It’s a highly unlikely scenario, but definitely worth bringing up as we prepare for the start of free agency next month.

Warriors general manager Bob Myers prides himself on making sure his roster is stocked with assets. Because of that, the Warriors actually makes sense as a destination for the best player in basketball (James). 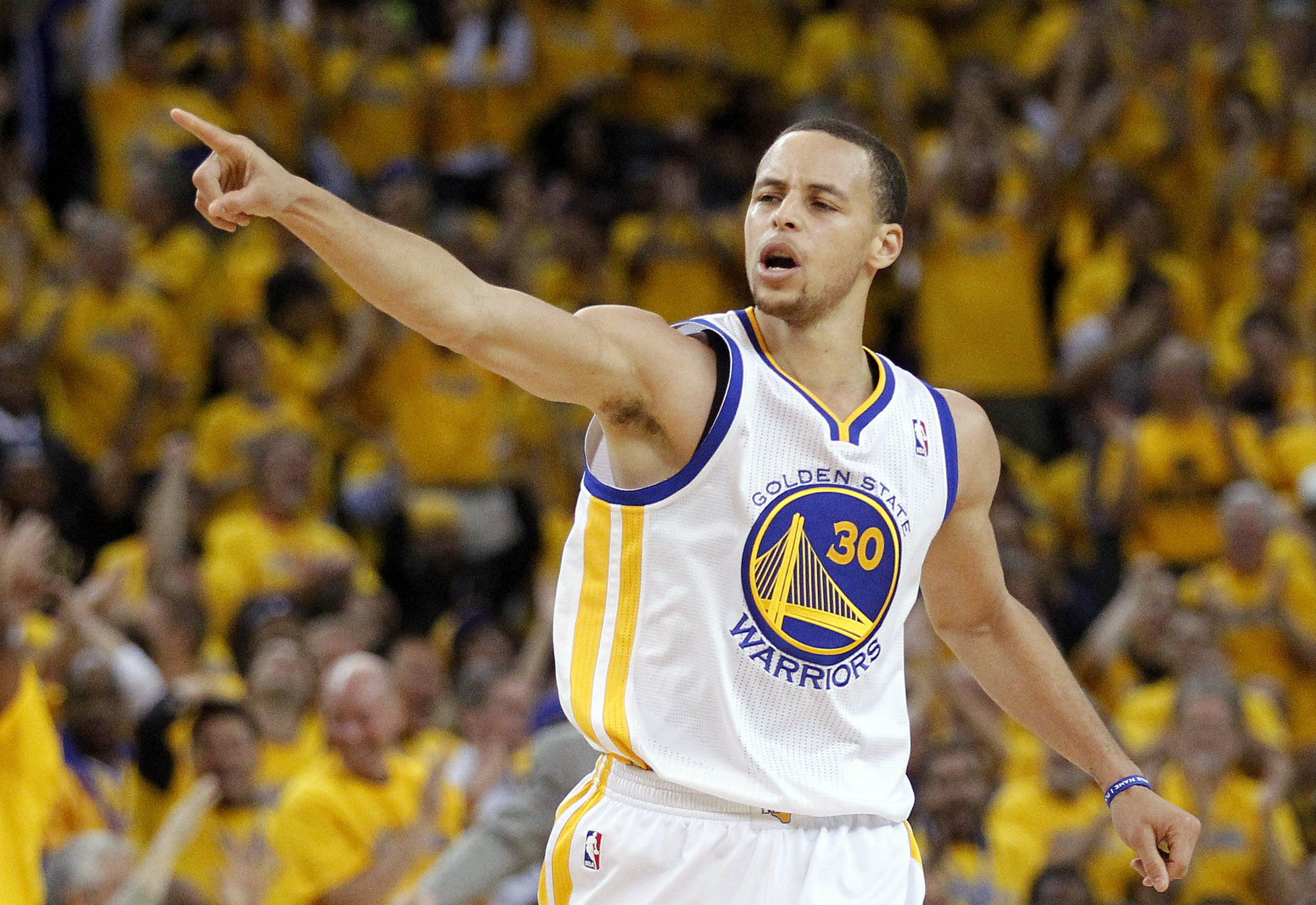 First off, let’s look at the Warriors’ future and the market in which they play. Stephen Curry is averaging only $11 million per season on his extension, which is well below market value for someone of his caliber. In addition to that, the Warriors will likely be breaking ground on a new arena in San Francisco at some point in the not-so-distant future.

Not only is the Bay Area an attractive market opportunity for James, he would be the toast of one of the big basketball cities in the United States. In case you haven’t noticed, the Warriors have one of the best fan bases in the entire basketball world. Add a new arena and the best player on the planet, and that only promises to increase.

Now onto the logistics, as pointed out by Thompson.

A package centered on Andre Iguodala and Harrison Barnes would certainly fit Pat Riley’s “re-tool” plan. The Warriors can also throw in Marreese Speights and/or Jordan Crawford to make the money work and give the Heat an expiring contract.

Obviously, Thompson is indicating that the Heat and Warriors would have to work out a sign-and-trade deal. While not necessarily a likely scenario, we know very well that Heat president Pat Riley might want to acquire some assets if James makes it clear that he wants to move on. Iguodala and Barnes would be solid assets to bring in, especially if Riley decides to look to add another star or two with the money James leaves on the table.

As we saw when the Cleveland Cavaliers “sent” James to Miami four years ago, sign-and-trade deals rarely net equal value. In reality, the player and team he is headed to have all the leverage in negotiations. In that, Riley would have to deal with whatever team James decides to go to.

Courtesy of Chicagonews.com: James has never had a true star point guard to team up with.

Stephen Curry is a mighty fine chip for James to consider should the Warriors show interest in his services. The two-time NBA champion has never had a truly elite point guard and would work extremely well with one moving forward. But that’s likely not enough to attract James, especially in the superior Western Conference.

The Warriors would have to work out a deal for another All-Star caliber player in unison with signing/trading for James or before they make a pitch for the small forward. This is where Kevin Love of the Minnesota Timberwolves comes into play.

ESPN’s Chad Ford indicated on Monday that the Warriors and Timberwolves have worked out the parameters of a deal.

Oh, they’re going to do a deal, just get a room already. They’ve agreed on the principles. They’ve agreed on Kevin Love and Kevin Martin for David Lee and Klay Thompson. They are fighting over draft protections on draft picks, whether Harrison Barnes and J.J Barea will be in the deal or not. Kevin Love wants to go to Golden State, and Klay Thompson wants to go to Minnesota because he knows he’ll get a bigger contract there.

Courtesy of NBA.com: Kevin Love to the Warriors is looking more likely by the day.

Let’s not assume it’s inevitable that Love will end up with the Warriors, but it’s important to note that no trade including a first-round pick going from Golden State to Minnesota can get done prior to the draft on Thursday. Contrary to other reports, that could be the reason why trade talks haven’t gone anywhere between the two teams. If you listen to Ford, there isn’t much more to do on that front.

Then you have to ask yourself what James might be thinking if the currently hypothetical Love to the Warriors deal works out. Is Miami with an aging Dwyane Wade and maxed out Chris Bosh a more attractive option than the Warriors with Curry and Love?

Thompson discusses that in detail.

Not only then could the Warriors give LeBron another Big Three to marquee, but it would be younger and on the way up. When the Big Three is old, the pressure to win is always on. With a younger click, it can be a five or six-year window. James can afford to lose in the second round like the Spurs have. The window is wider.

This is important to note. James wouldn’t be facing the same type of pressure to win immediately in Golden State as he would in Miami. The Heat’s recent success (four Eastern Conference and two NBA championships) would lead to a pressure-packed 2014-2015 season. While expectations would be increased with Golden State, it would remain a viable title contender for at least the next half decade, even in the Western Conference.

In addition to Thompson pointing out the possibility that LeBron and Love could head to Golden State, Ford also spoke about this potential on the B.S. Report with Bill Simmons (via Grantland). 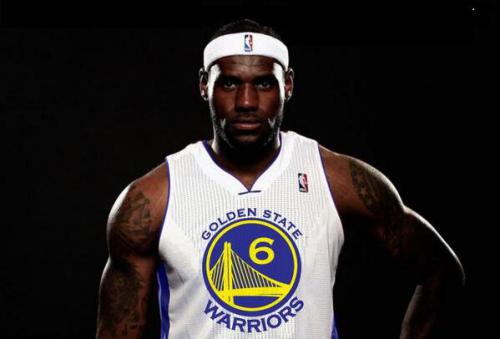 Back to reality for a second. In order for this highly unlikely scenario to work out a lot of different things would have to fall in place for the Warriors…the biggest of which is James actually wanting to play in Northern California. If James did decide the Warriors made sense for him, they could make this work.

It might be the equivalent of a 50-state strategy in a presidential election, but this is an entirely new regime in Oakland. If we have learned anything from the ownership group of Joe Lacob and Peter Guber, it is to expect the unexpected.