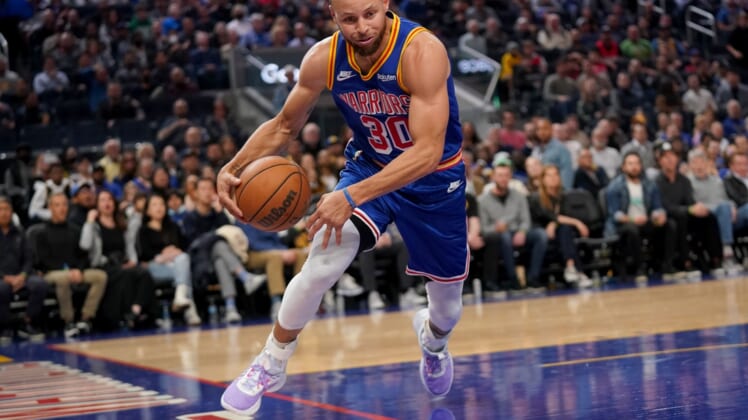 Curry missed the final 12 regular-season games due to a left foot sprain but has made progress throughout this week.

“Everything’s gone really well, so we expect him to play,” Warriors coach Steve Kerr said during a Friday media session.

Expectations that Curry would be available increased after the eight-time All-Star participated in a scrimmage Thursday. He was re-evaluated Friday, leading to the decision to list the two-time NBA MVP as probable.

Kerr declined to reveal how many minutes Curry would play.

“Coming off the absence and the injury, the only thing I’ll say is he’s not playing 38 minutes,” Kerr said. “I’m not going to give you a number because the number has a bunch of variables involved.

“We’re planning on playing him if everything goes well and bring him along slowly from there.”

Curry last played on March 16 against the Boston Celtics. The 34-year-old averaged 25.5 points and 6.3 assists and made 285 3-point baskets this season.