Pro Football Hall of Famer Warren Sapp had expertly avoided being served a papers regarding a battery lawsuit filed against him for the better part of the year. That came to an end recently when Sapp was served with a lawsuit in a battery case while attending an autograph session by a process server disguised as a fan.

The story comes to us via TMZ Sports and is all sorts of glorious. Prior to being served, Sapp actually took a photo with the “fan.” 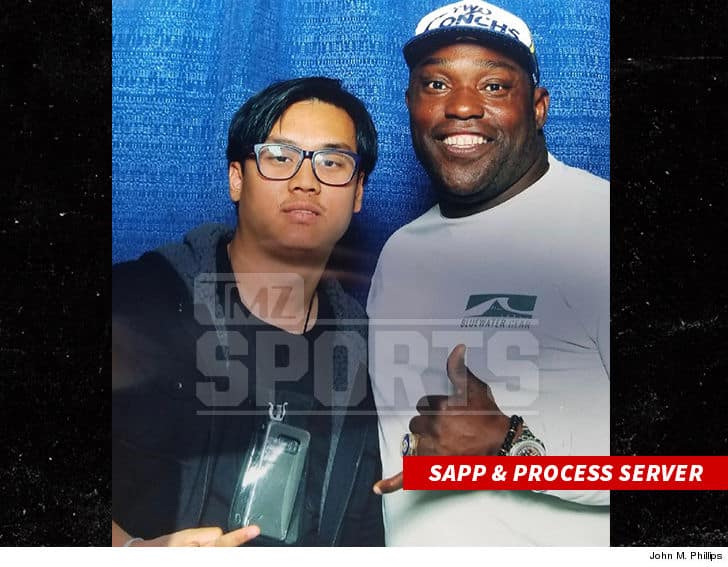 The woman alleges that she suffered serious injuries as a result of a drunken incident involving Sapp in Arizona during the Super Bowl back in 2015. Ultimately, Sapp was arrested on solicitation of a prostitute and assault (more on that here).

Though, as we all know, civil court brings more of an onus on the defendant to prove he/she wasn’t in the wrong. Now that Sapp has received a summons to appear in court, he could be facing a rather expensive lawsuit.