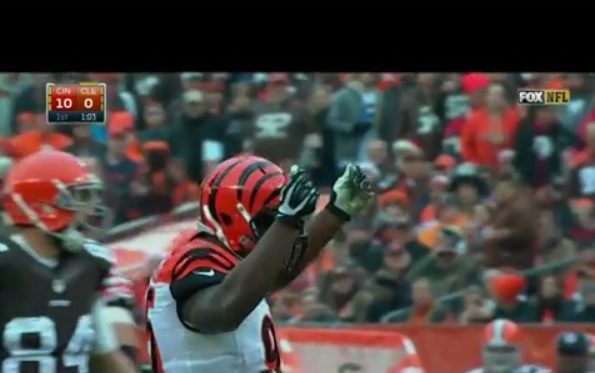 Cleveland Browns quarterback Johnny Manziel hasn’t had much of a reason to celebrate in his first NFL start against the division-rival Cincinnati Bengals.