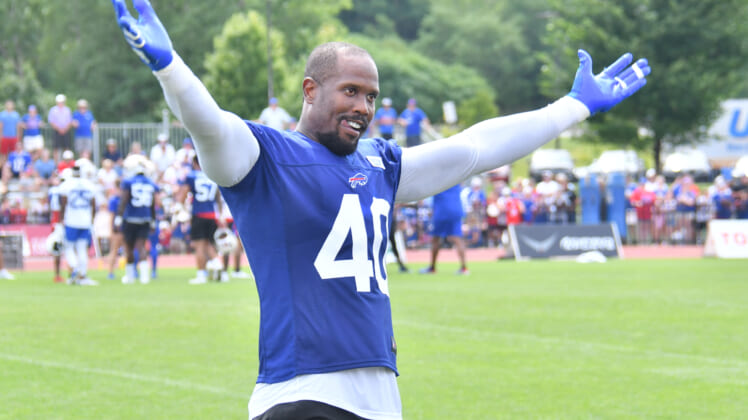 Every sports franchise fan base thinks they are special, but new Buffalo Bills linebacker Von Miller claims that the infamous “Bills Mafia” is a different breed of NFL fan.

After nine and a half memorable years as a part of the Denver Broncos organization, Miller was traded to the Los Angeles Rams during the 2021 season. The 33-year-old would go on to help the franchise win their second Super Bowl and first since 2000. He has now been a part of championship seasons in both of his NFL homes and has seen what the heights of fan interest and love can be.

Related: Buffalo Bills training camp 2022: Everything you need to know

However, after signing with the Bills in March on a six-year deal worth $120 million he has gotten a taste of a unique fan base starved for a Super Bowl trophy. The Bills have been to four Super Bowls and won none, but still has a devoted fanbase that is certainly different than others. That’s unsurprising since it has to take a unique level of tolerance to stick with a team after so many major letdowns.

At the start of training camp, Miller commented on being a 33-year-old NFL star living in a dorm at St. John Fisher University, and the lack of quality beds and toilet paper. Well, that comment opened to door to an unusual show of adoration from Bills Mafia ever since.

Sports fans can be a strange, emotional, and erratic bunch at times, but you can never say they don’t care about their teams and the players on them.