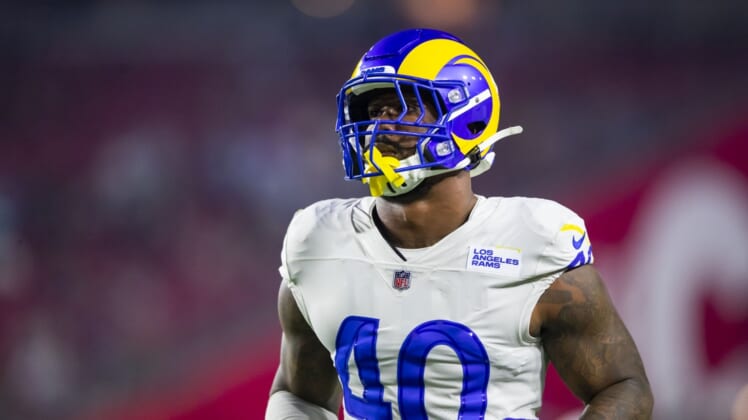 Primarily, Miller has been linked to the Los Angeles Rams and Dallas Cowboys after he was acquired from Los Angeles in a mid-season trade with his former Denver Broncos team.

NFL Media’s Ian Rapoport reports that Miller has signed with the Buffalo Bills in what has to be seen as a shocking decision on the part of the eight-time Pro Bowl performer.

Rapoport later noted that Miller will receive $120 million over six seasons for an average of $20 million annually. However, the deal averages out to $17.5 million over the first four years.

That’s a whole heck of a lot to pay an edge rusher who is set to turn 33 later in March and is one calendar year removed from a rehabbing a freak ankle injury.

The details are going to be important here as it’s likely Miller’s guarantees are only for the first four seasons of his new contract. Buffalo was a mere $8.36 million under the cap before the Miller signing. This means that the team will have to make other moves in order to officially add the future Hall of Famer to the mix. Perhaps, Cole Beasley will finally be released.

As for the Bills, they registered 42 sacks a season ago under defensive-minded head coach Sean McDermott. Veteran Mario Addison led the charge with seven sacks while no other member of the unit had more than four. Needless to say, this was a target area for general manager Brandon Beane.