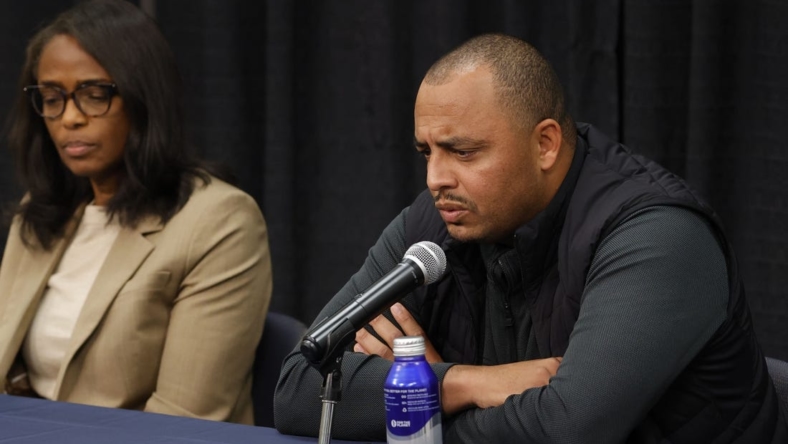 The University of Virginia has not yet decided whether to play Saturday’s nonconference home football game against Coastal Carolina in the wake of the shooting deaths of three members of the team on Sunday night.

“We’ll make it together,” athletic director Carla Williams said Tuesday at a press conference. “It will be a discussion with Coach and the team. Honestly, they’re going through a lot and we want to make sure they’re involved as well. We’ll use our best judgment. But it’ll be soon. We’ll make a decision soon.”

Defensive end D’Sean Perry and wide receivers Lavel Davis Jr. and Devin Chandler were killed on a bus as students returned from a field trip to Washington, D.C. to see a play for a class. The suspected gunman, Christopher Darnell Jones Jr., is in police custody and charged with three counts of second-degree murder and three counts of using a handgun in the alleged commission of a felony.

Two other victims, including one football player, were injured.

“It feels like it’s a nightmare to be honest with you,” head coach Tony Elliott said Tuesday. “And I’m ready for somebody to pinch me and wake me up and say that this didn’t happen.”

A vigil was held on campus Monday night where thousands of Virginia students came together on the Grounds to honor the victims.

“The guys are on the road to healing, but it’s going to take some time,” Elliott said. “Nothing can prepare you for this situation and we want to be there to support the guys.”

Virginia’s men’s basketball game against Northern Iowa scheduled for Monday night was canceled. Williams did say that the rest of Virginia’s sports teams will resume playing for the rest of the week.

Due to the ongoing criminal investigation, Williams declined to answer certain questions about Jones. She did confirm Jones was a walk-on with the football team for one semester in 2018 and declined to say why he left the team.

“There was no overlap” on the team with the shooting victims, Williams said. “I don’t know if there was any interaction outside the class.”