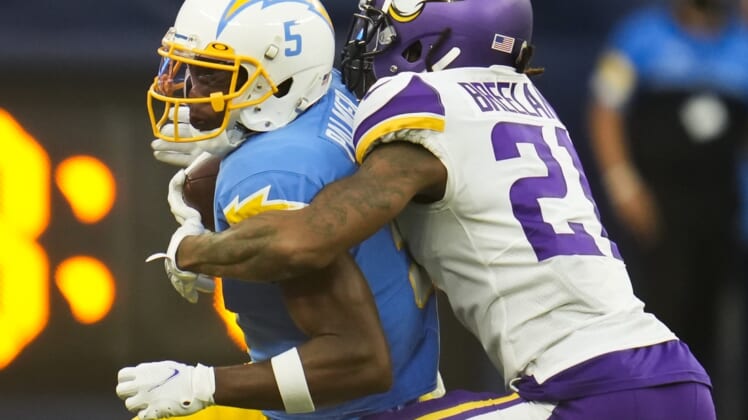 The 29-year-old veteran initially responded to the surprise move on Twitter with one word: “Wow.”

Breeland followed up with another tweet saying there were “no hard feelings no love lost.”

I wanna appreciate the Vikings for the opportunity they game no hard feelings no love lost. #17familia #Swilyfe #New17

He had been listed as questionable for a non-injury-related personal matter for Monday night’s game between the Vikings (6-7) and Bears (4-9) in Chicago.

NFL Network reported that Breeland had a verbal altercation with coaches at practice Saturday. Per the report, he then “got into it with multiple teammates who were trying to calm the situation.”

Breeland has 63 tackles, two interceptions and two forced fumbles in 13 starts this season. The Vikings signed him to a one-year, $4 million contract in June.