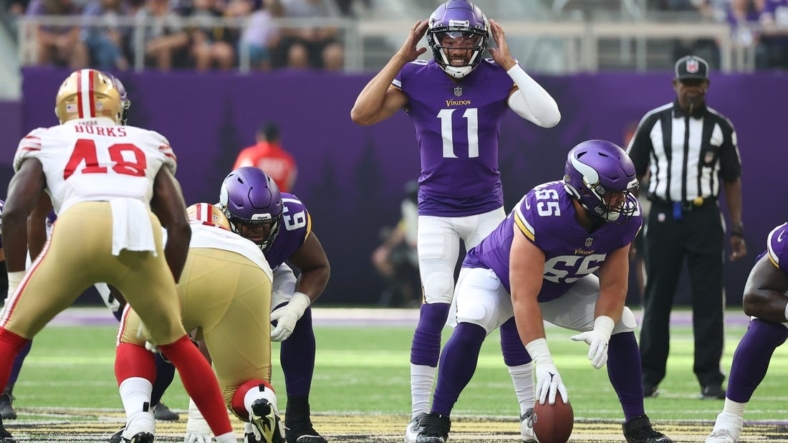 Quarterback Kellen Mond didn’t click in Minnesota and the Vikings plan to waive the 2021 third-round pick.

According to multiple reports, Mond was informed of the decision as the Vikings narrow their roster to the regular-season limit of 53 players.

Last week, the Vikings acquired Nick Mullens from the Las Vegas Raiders and they already have Sean Mannion entrenched as the No. 2 QB behind Kirk Cousins.

Mond entered the 2021 draft after starting four seasons at Texas A&M and was picked by since-fired general manager Rick Spielman. He never found favor with head coach Mike Zimmer, who was also replaced following the 2021 season.

Minnesota drafted Mond with the 66th overall pick and he appeared in one game as a rookie.

Mond, 23, could be claimed on waivers, which would become official after 4 p.m. ET on Tuesday.