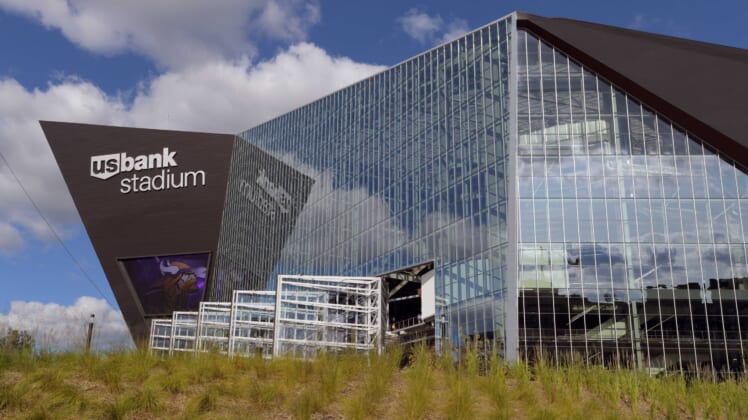 The Minnesota Vikings have a brand new stadium, which also allowed the city of Minneapolis to land Super Bowl LII following the 2017 season. Looking a head to the big game, the Vikings are warning fans that Super Bowl LII tickets will carry a significant punch in terms of the price.

We all know that Super Bowl tickets go for crazy prices. But prices get jacked up by people and agencies ahead of the game (not to mention the league). The Super Bowl LII tickets will be expensive right out of the gate, and local fans are being warned they won’t see anything they’re used to seeing in terms of price.

“We haven’t gotten the final pricing, but we know the NFL takes over the stadium, and takes over the pricing,” Vikings Executive V.P. of Public Affairs and Stadium Development Lester Bagley told the Star-Tribune. “It’s going to be some sticker shock for sure for our market. Tickets are going to be hard to come by in terms of access, because the league takes them. They’re going to be sticker shock on prices. But it’s part of the deal when you get the Super Bowl.”

Bagley further elaborated on why it’s going to be hard for locals to get tickets to the big game.

“You get 100,000 coming into your market that support the game. Over the 10 days we’ll have 1 million people come to the market. But just for the four-day weekend for the game, we’ll get 100,000 people here. It’s a lot of the top NFL sponsors and all of teams, all 32 NFL teams are represented and the media. It’s a big production. Tickets are going to be a challenge, for sure.”

Last year, the average ticket price for Super Bowl LI was just over $3,000. But that was a down year. Prices dropped dramatically after the Dallas Cowboys were eliminated (more on that here). Depending on who makes it to Super Bowl LII, we could see prices much higher than that.